Marvel Studios has revealed the soundtrack to their superhero film Black Panther: Wakanda Forever which is due out in theatre November 11. The Soundtrack for the movie will be out on all digital platforms tomorrow and a peep at its Track list shows just how well Amapiano dominated. 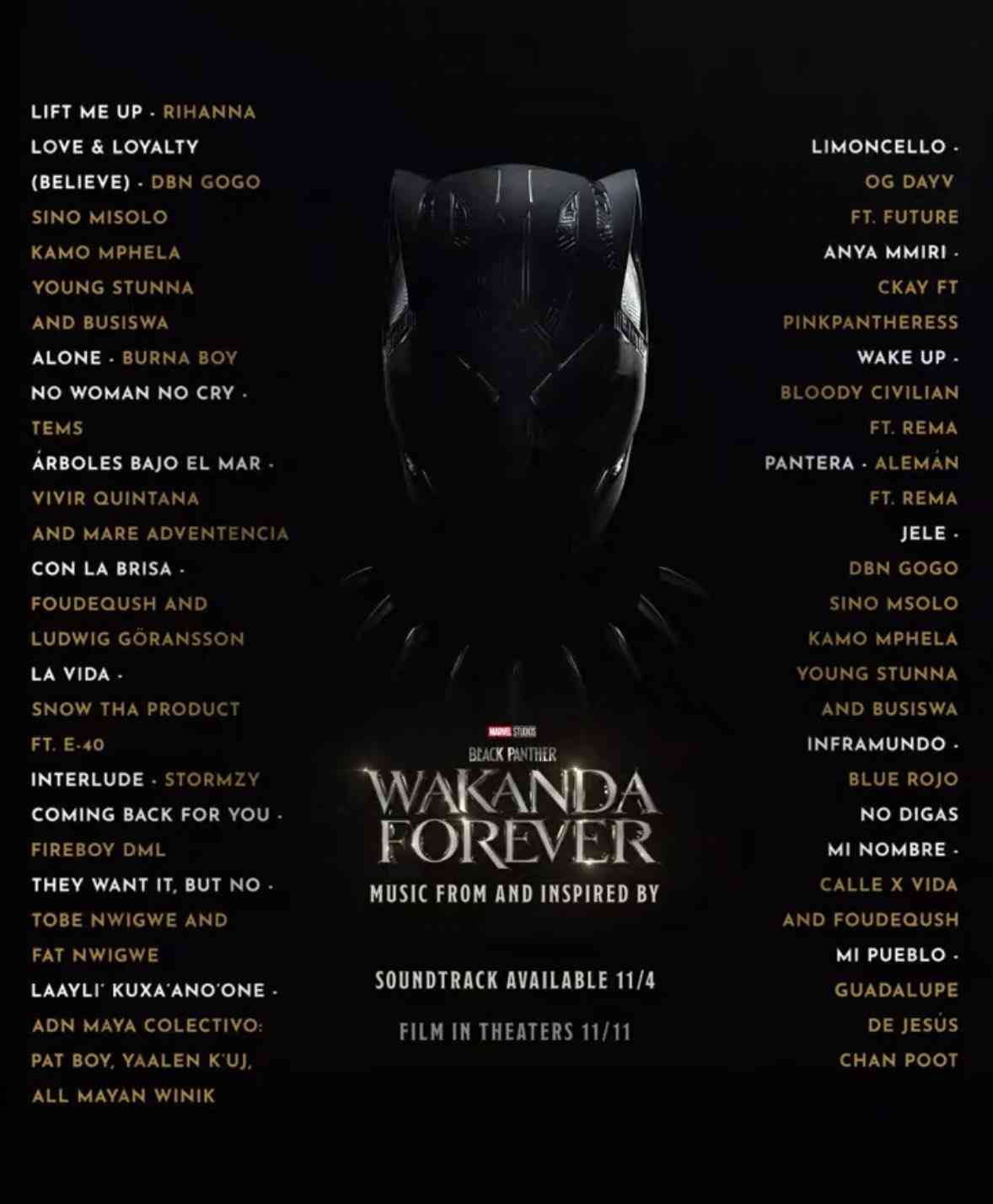