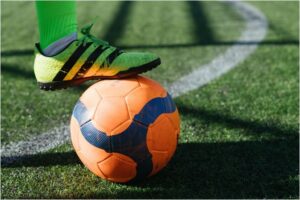 Nigerian footballer Ishaq Abdulrazak has signed a €4.5 million deal with Belgian team RSC Anderlecht where he will be playing for the next four years. Abdulrazak is a transferee from the Swedish team IFK Norrköping where the Nigerian made his professional debut back in 2020.

In a statement from RSC Anderlecht, the club recognized Abdulrazak’s capabilities as a wingback but that they also know that he will be a great asset to the team as a midfielder. The team’s CEO, Peter Verbeke, has praised Abdulrazak’s speed, agility, aggressiveness, and technical skills, saying he will be a versatile player while he is in the Belgian club.

Meanwhile, in his first official interview as an RSC Anderlecht player, Abdulrazak stated that he is eager to prove his worth to the team as soon as he can, seeing that it is a big step forward for him as a professional footballer. He also expressed his gratitude to IFK Norrköping and its fans, the team that first took him in and made him into a professional player.

His agent, Atta Aneke, took to Twitter to remind football and live bet soccer fans of how far Abdulrazak has come since being discovered in Abuja, Nigeria in 2017. Abdulrazak joins a list of Nigerians who have also donned the RSC Anderlecht uniform which includes Stephen Keshi, Philip Osondu, Henry Onyekuru, and Imoh Ezekiel.

Born on May 5, 2002, Ishaq Abdulrazak was first discovered in Abuja, Nigeria in 2017 playing for the Golden Eaglets, Nigeria’s national U17 football team. He also played for the local team Hayin Banki Kaduna before training at Unity Academy. Following his training, Abdulrazak signed with IFK Norrköping as one of its defenders. He played there from 2020 to 2022.

While in IFK Norrköping, Abdulrazak made 64 appearances in the Swedish league Allsvenskan. Out of those appearances, he made two goals and one assist.

Royal Sporting Club Anderlecht is a football team based in the capital region of Belgium. It plays in the Belgian First Division A, the top-tier competition for association football clubs in the country, making it an available team to wager on in live bet soccer. RSC Anderlecht was founded on May 27, 1908, and has cemented itself as the most successful Belgian football club with 34 domestic titles and five European trophies.

RSC Anderlecht began enjoying success in the 1946-47 season and has topped various competitions numerous times since. The latest championships the team had was in the 2016-17 season of the Belgian First Division and the 2017 Belgian Super Cup. Because of RSC’s successful run over the decades, 77 fan clubs have spawned, including five from overseas.

Nigerian players who have played for RSC Anderlecht

Aside from Ishaq Abdulrazak, there have already been several Nigerians who have played for RSC Anderlecht, earning the club the respect and admiration of African fans.

With the addition of Ishaq Abdulrazak, Anderlecht fans and punters of live bet soccer will be able to see another Nigerian on the field for at least until 2026.